Alex and Maria Gurevich are both former JELF recipients. With the help of JELF, they attended the University of South Carolina. Alex received his undergraduate degree in finance and an MBA specializing in international business. Upon graduation, they moved to Boston, where Alex spent 14 years with Pricewaterhouse Coopers and in 2012, joined Ernst and Young Financial Services Practice as a tax partner specializing in international taxation. For the past 4 years, Alex has served as a trustee for the Jewish Community Day School of Watertown, MA and is also a member of the Day School Education Committee for the Combined Jewish Philanthropies of the Greater Boston area. 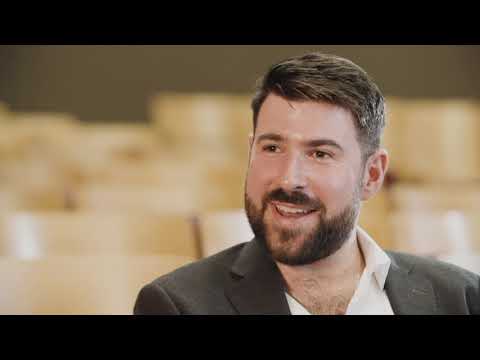 “Having the support of JELF was critical to me at the time when my family was new to the United States and had limited resources for my education. I greatly appreciate the level of care and commitment of the donors and people of JELF,” says Alex.

Maria received her B.A. in international studies and pursued her J.D. at Suffolk University Law School. She later completed her LL.M. in Taxation at Boston University. Maria is a member of the Association of Global Custodians where she serves as Vice Chair of the Tax Committee. Maria currently works at JP Morgan as the Executive Director of US Custody Tax Products. Previously she worked as a VP at Brown Brothers Harriman, where she worked as an international tax attorney specializing in investment funds.

Alex and Maria currently live in Brookline, MA, with their two daughters, Mia and Emanuela, and a miniature schnauzer, Uzi.